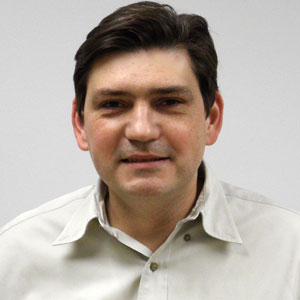 The 3D printing industry is positioning itself to offer businesses and consumer clients alike with highly-customized, high-end products by making available advanced and functional materials for 3D printing. Historically, the most available Fused Filament Fabrication (FFF) 3D printers have only utilized ABS and PLA as 3D printing filament – plastics which print pieces with low strength and with no functional properties. Thanks to advances in materials science and increased awareness of advanced manufacturing, that is beginning to change.

In the late 80’s, 3D printing was known as rapid prototyping, a name earned because prototyping was the only true capability of the printers and materials used at the time. The hardware was slow, and prints using ABS and PLA did not have the properties necessary for use in electronics, medical applications, or even to be used as kitchen utensils or dishware. Over time, however, the speed at which 3D printers could manufacture highly customized items on-location rapidly increased as prices of the machines declined. Rapid prototyping – soon to be given the more legitimate title of additive manufacturing – became more seriously considered as a production method.

Having realized the enormous opportunity that 3D printing affords in massive customization and distributed manufacturing, businesses in industries ranging from aerospace to medical devices have begun to demand more material options from the 3D printing industry. The capability to 3D print with multiple materials simultaneously – including materials that have unique properties and are comparable in performance to those used in traditional manufacturing methods – needed to be developed; such materials could be used to manufacture everything from circuit boards to spinal implants.

Fortunately, there have been recent advances in material sciences which led to promise that high-performance 3D printing is right around the corner. Breakthroughs in advanced materials – graphene and others –being used as additives for the creation of functional composites has raised the notion that such composites may be used to create 3D printing filaments with functional properties as well.

Graphene is a high-electrically conductive two dimensional allotrope of carbon which earned its discoverers the Nobel Prize in Physics in 2010. Its most near-term application is an additive to create advanced composites with features such as conductivity.

Researchers at Graphene 3D Lab have developed highly conductive 3D printing filament using graphene. When graphene is added to PLA, a commonly used thermoplastic for 3D printing, it adds conductivity to its properties; the filament can then be used for 3D printing circuitry used in electronics, sensors, and other conductive applications.

In fact, it is only very recently that 3D printing materials have been developed and commercialized which offer: conductivity, magnetism, high strength, flexibility, FDA approval for use in food processing, and more for use in widely available desktop 3D printers.

Combining these recently-available materials with the capacity to print functional and non-functional materials together in an automated process brings a new sense of legitimacy to 3D printing in industrial markets.

Many Fortune 500 companies, from leaders in the aerospace industry to the most innovative medical implant companies, are getting “skin in the game” by putting their resources towards companies developing materials with the mentioned properties. The collaboration is giving small companies on the forefront of 3D printing materials development, the tools and capital required to develop even more innovative materials which can compete on performance with those used in injection molding and CNC machining.

Not just for Fortune 500’s, do-it-yourself innovators have also taken advantage of increased access to high-performance 3D printing materials, using the opportunity to fill niche-markets which could not be easily accessed previously. One small company, OwnFone, is offering the visually impaired custom cellular phones which have keys stating the names of specific contacts in Braille. While the phones casings are currently printed in PLA, the company is said to have been experimenting with more “exotic” 3D printing materials as well.

Due in large part to the recent proliferation of advanced 3D printing materials, consumers win. Prosthetics manufacturers are developing artificial ligaments which are better suited to clients and are inexpensive when compared to traditionally manufactured items. DIY hobbyists are free to innovate like never before. Shoes are being printed which fit perfectly to the wearers foot.

Those in hard-to-reach areas are also set to benefit. In developing countries, rural villages with limited resources will be able to 3D print their needs on-demand. Soldiers who are trapped behind enemy lines will 3D print the equipment their survival depends on. Astronauts aboard the ISS and beyond will 3D print the tools used to repair broken items whenever they need, instead of relying on shipments from other spacecraft.

Technology In Corrections “Things Are Only Impossible Until...

Putting The Awareness In Security Awareness